ENTREPRENEURSHIP IN INDIA : A Tale Of Two "Demographies" 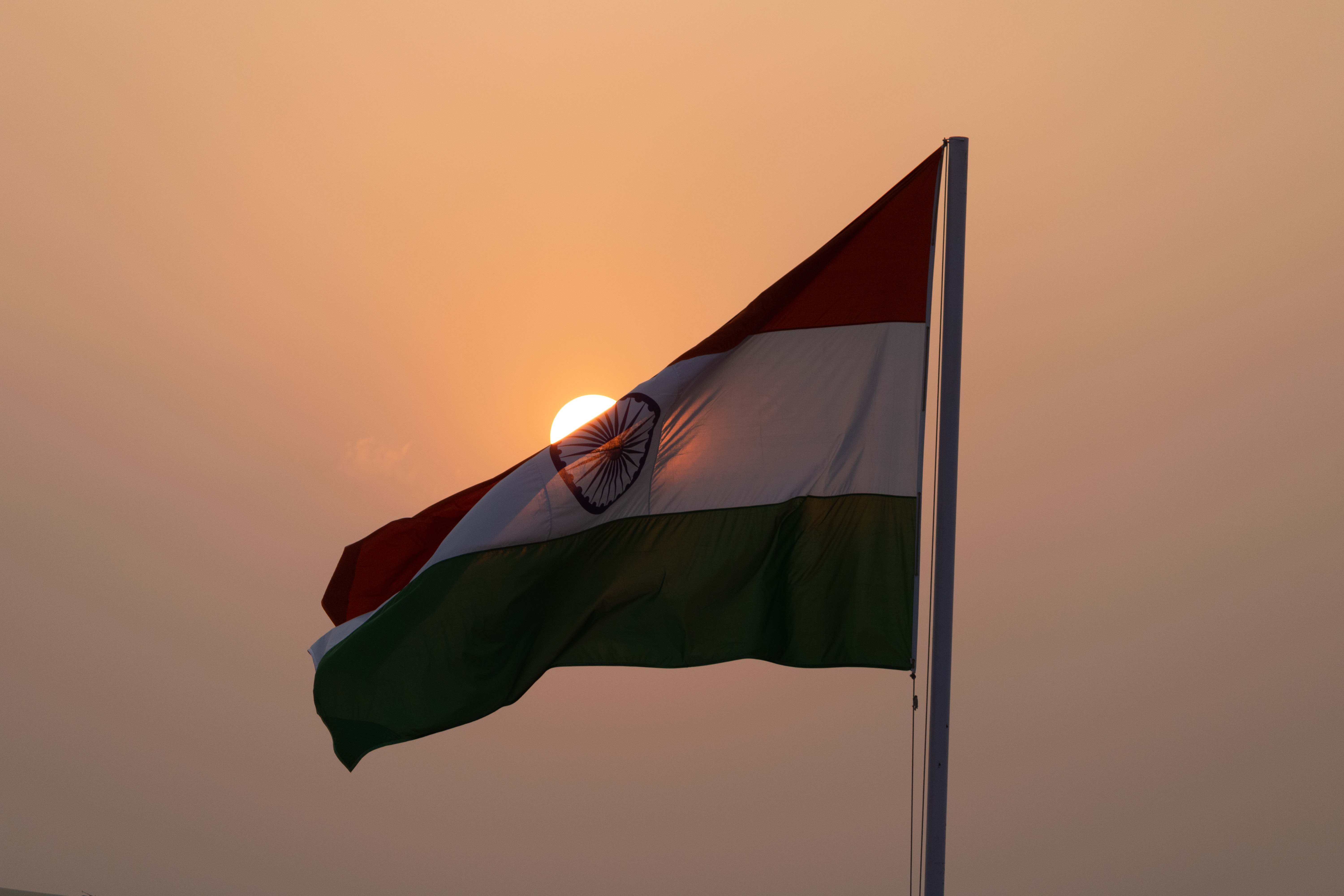 Those who know India well know that anything that was ever said about the country is as likely to be true as is its exact opposite. It is a country that is constantly in great flux as what was true yesterday may not be true today, and what is true today will likely not be true tomorrow. It is not surprising that the entrepreneurial scene in India is in a similar state of transition.

Some commentators look at the billion-dollar startups such as Flipkart and Snapdeal—the “unicorns”—and conclude that the Indian startup scene is about to burst at its seams. Others look at the desperate street sellers and cheap knock offs to conclude the opposite. For others, Indian entrepreneurship is all about outsourcing and call-centers. Depending on when, where and how you look, all of that has a pinch of truth and, by corollary, a pinch of myth to it.

For me, it is a tale of two—actually, many more, but let’s channel Dickens and keep it simple—“demographies.”  Before elaborating on this further, let’s quickly review the state of entrepreneurship in India today.

Lest we conclude these statistics to be all gloom and doom, let’s remember that the GEM reports tend to be heavily influenced by the prevailing sentiments at the time of the survey. As an example, the 2002 GEM study had reported a decline of 25% in the global TEA between 2001 and 2002, but a 50% increase in India (from 11.6% in 2001 to 17.9% in 2002) during the same period. In fact, Thailand and India had ranked at the top that year! Since general business sentiment in and about India has improved over the last year after the change in government at the federal level, I suspect that the latest TEA results would be significantly different.

Some confirmation of this increase in entrepreneurial activity is evident from the increase in number of startups and their funding, valuation and mergers and acquisitions activity. The number of startups is reported to have increased from practically nothing just a few years ago to 3,100 in 2014 and is projected to increase to 11,500 in 2020. Indian startups received $13 million in investment in 2010 and surpassed $2 billion in 2014. Tiger Global Management, a New York based venture capital firm, alone invested $422 million in India in 2014. The average valuation of an Indian startup, has reportedly increased to around $2.3 million; which is about half that of an average startup in America. Finally, more than 20 Indian startups were acquired by big technology firms from around the world at a total price tag of about $1 billion. While these numbers pale in comparison to the overall startup ecosystem in the USA, they also denote a tremendous progress in just a few short years.

This brings us back to the tale of two “demographies.” Let’s call them “necesspreneurs” and “opportuneurs.” Most of the entrepreneurship in India is driven by the sheer necessity to earn a living. As all formal sectors of economy (agriculture, industry and services) languish behind population growth, many people have no choice but to look to self-employment for sustenance. These necesspreneurs may be good at hustling to survive in a hyper-competitive environment, but most of them are not the true drivers of an entrepreneurial economy. In fact, the 2013 GEM report also noted that most of these Indian “startups” were single-person (zero-employee) operations with very little expectation—on an average 1.42 employees in five years—of any growth.

The second group—the opportuneurs—is largely made of successful web companies. These are no longer call centers or outsourced service-providers. That market is already saturated and dominated by a few established players such as TCS, Accenture, Infosys and Wipro. The source of opportunity for the new startups is a huge and ever growing domestic market that is combined with the unprecedented potential to raise the efficiency of existing businesses and processes.

These startups are led by people who see the potential of domestic markets and are making big bets on it. “Opportuneurship” in India is fueled by brain synthesis, which refers to development of new ideas from the movement of people. The concerns that the country previously had on “brain drain” have rapidly evaporated and been replaced by direct and indirect benefits of professionals returning home armed with new knowledge and cognizant of new potential. The real benefit from the rise of the outsourcing industry is not the pennies that India makes from it, but from the mobility that it has created for Indian professionals, along with the associated knowledge and confidence to succeed in the new economy.

Resultantly, the Indian information technology industry is going through some sort of dynamic revolution. It has witnessed the unprecedented rise of unicorns from Flipcart and Inmobi to Micromax and Zomato. Most of these rising stars, however, rely on adaptation of existing business models. Flipkart is essentially an Indian variation of Amazon and Ola of Uber. In fact, GEM estimates nearly 93% of Indian entrepreneurial businesses to be replication of existing businesses. Thus, while entrepreneurship in India is closing the gap with entrepreneurship in the developed world, it is yet to produce exciting radical innovations.

If we rank entrepreneurial stages on a scale of 1 (minimal) to 5 (radical) with other points along the continuum being 2 (foreign-dependent), 3 (replicative) and 4 (adaptive), most of the Indian opportuneurism would rank 3, with some signs of transitioning to 4. Among these adaptive startups that primarily rely on incremental innovation, I would include firms such as Zipdial, Innoz, Goonj, Novopay, Paytm and Inmobi. While I am sure you can find some examples of dynamic firms that are introducing radical innovation in India, I am not aware of them. (Note that even replication and adaptation in new social milieus, especially with underdeveloped institutions, requires tremendous entrepreneurial risk-taking, so it should not to be belittled or dismissed lightly.)

The biggest hurdles for the Indian firms to enter the fifth (radical innovation) stage are not infrastructure, energy, corruption or technology, though all of those are important issues that need to be dealt with. It is also not the near complete absence of research and development (R&D) infrastructure and ecosystem: It is also not the fact that none of the Indian universities rank high on research. By international standards, top Indian schools, would primarily be considered “teaching” schools. With both the government and industry being hamstrung with comparative resources shortages, they have not done much, directly or indirectly, to address the lack of R&D. However, this can be remedied rather easily–with the help of brain synthesis–if right systems and incentives are in place.

The population size and growth, which is a fountain for a million entrepreneurial opportunities in India, is in fact also its biggest stumbling block. Between India’s independence and today–a span of 68 years–the Indian population has more than quadrupled! It is not hard to imagine the burden this puts on land and resources, but the damage it causes to institutions and incentives is less recognized. A government may, for example, recognize the necessity of new technology infusion into supply chains, but how does it gather the courage to actually let that happen when the livelihood of millions of small retailers depends on it? How does a farmer put aside a piece of land for researching new crop varieties when the average landholding is barely enough to sustain him the next few weeks, if even that? How do you invest in automation when someone would do that job for cents, and how do you, in the absence of those productivity gains, compete with the rest of the world?

We know about the red tape and demand-driven corruption, but what about the supply-side of that equation? In competing for scarce resources and services, how many individuals and firms give in to the temptation to take the easier way out, thus vitiating the atmosphere for everyone else?

The rise of service economy in the past two decades has not just managed to obscure the problem of population, but it has also shrouded the lack of any significant entrepreneurial activity in agriculture and manufacturing sectors. This rapid growth has created an illusion of the Indian population as a human resource, while forgetting that for a resource to be valuable it has to be scarce (relative to other resources).

Automation is already putting a tremendous pressure on employment and wages in the United States. Robotics and artificial intelligence scare even the likes of Bill Gates, Stephen Hawking and Elon Musk. What happens when India begins to feel this heat? How would Indian startups respond to the challenge posed by these technologies in the face of super-abundance of “human resources”? How would the democratic system in India respond? Those are the questions that will decide the future of entrepreneurship in India. All will be well if human ingenuity can find solutions to these challenges. Perhaps, this too will pass uneventfully much like Malthus' predictions in 1798 on world famine and disaster.

I distinctly remember when computers first arrived in India, and my parents were scared of losing their jobs to the machines. None of their worries came true, and in fact computers turned out to be the best thing that could have happened to them and India. Every generation has shared these feelings, and every generation so far has managed to do better than the generation before it. Have we finally gone too far though? I don’t know for all of humanity, but I do worry for India, and I really wish for some Indian startups to prove me wrong. Please prove me wrong.