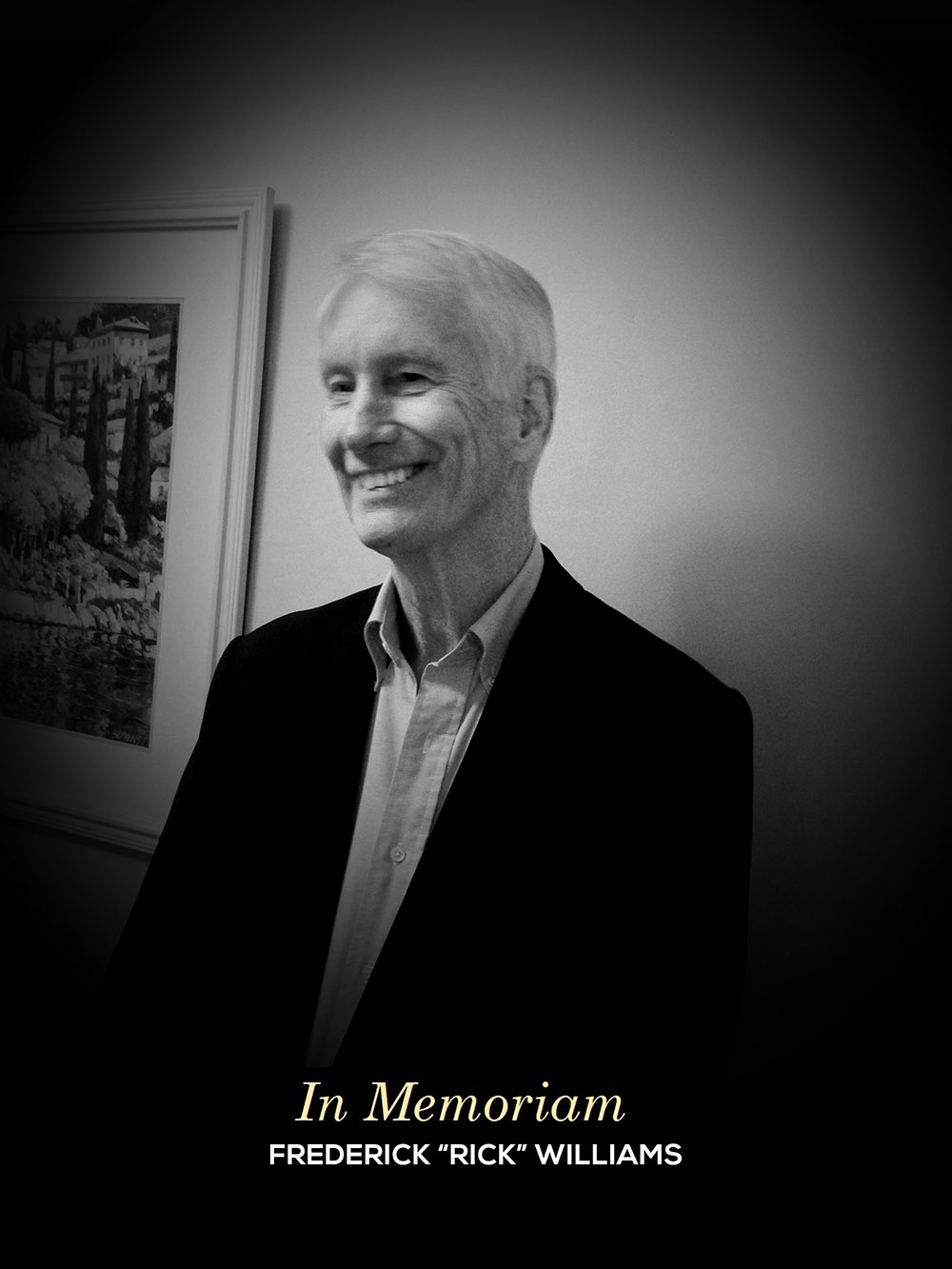 It is with great sorrow that we mourn the loss of Frederick “Rick” Williams, one of the earliest members of the company that has become DeftEdge.   He had a career over almost forty years in international management at the national and international level.  Rick earned a PhD in political science from the University of Illinois in 1967 and went on to work for the United States government in management and evaluation roles.  This included the Peace Corps where he was recognized as “Outstanding Manager” by the Director of the Peace Corps after being nominated by colleagues as part of the Effective Leadership Program while serving as  Director of the Peace Evaluation program (1972-1981).  From there he went on to be Director for Programme Management at the US Department of State.  In 1988, he took on the job of Head Program Planning and Evaluation, United Nations Relief and Works Agency for Palestinian Refugees in the Near East (UNRWA) in Vienna, Austria.  Completing that assignment, he returned to the Department of State in 1990 where he led a team that established the Department’s integrated results and resource framework constituting a strategic program planning and management process which linked foreign policy objectives with resources, and was an adjunct professor at what is now the National Foreign Affairs Training Center) conducting seminars on strategic planning and management in foreign affairs environments for Ambassadors, Deputy Chiefs of Mission, Foreign Service Officers, and Foreign National embassy staff.

In 1996, Rick renewed his work with the international public sector by becoming the head of evaluation for the International Atomic Energy Agency in Vienna, where he remained until 2004.  While there, together with John Mathiason, he developed a management training program for senior officers.  He then spent time as an Adjunct professor of International Studies at the Monterey Institute of International Studies, Monterey CA (2004-2005) where he taught a graduate course in Evaluation of International Policy, Programs and Projects; prepared and mentored graduate students placed as interns for assignment as junior professional staff members in international multilateral and nongovernmental organizations.  He undertook a consultant assignment where he reviewed the core business processes, proposed and pilot-tested, within a results-based management process, of planning, monitoring, and evaluating field missions and headquarter programs for the Organization of Security and Cooperation in Europe (OSCE, 2005-2006).  He designed and conducted program evaluations of critical programs and the management communications strategy for the International Atomic Energy Agency’s (IAEA) (2006-2007).

At John’s urging, he joined Associates for International Management Services as a board member.  His extensive body of work included RBM training workshops, coaching and follow-up support to Swedish International Development Agency’s (Sida) national and international counterparts of the Research Cooperation Program (FORSK).  He participated as a team member of major strategic reviews and evaluations such as of the UN Management and Accountability system of the United Nations Development Group (UNDG) and the evaluation function of the International Labor Organization (ILO).  He was also deeply involved in reviewing the quality of evaluations done by the United Nations Population Fund and by UNICEF.

In all of his work, Rick was known by his dedication of quality, but also to innovation.  He was an active and friendly team member.  He has, without enough recognition, helped shape the increasingly important international public sector and all of the DeftEdge staff will miss him, but will be inspired by his work and character.

Above all else, we'll miss a dear friend! Rest In Peace, Rick.